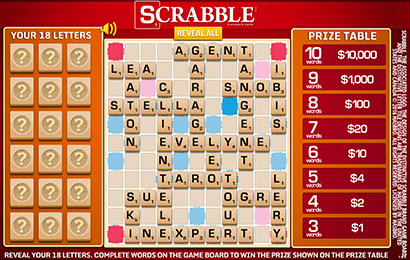 Back in the days where mobile smart phones were non-existent, board games were the most popular choice for people who had leisure to spend. These board games are even brought up on some events just to break the ice. Scrabble is a board game that involves 2-4 players which requires them to come up with certain words from the tiles that they have and earn a corresponding score for it.

The game was invented way back in 1938 by Alfred Mosher Butts, an American Architect who invented an even earlier game called Lexiko. Scrabble was based on Lexiko and although it was invented in the 30’s, its big break came in 1952. This was when the President of Macy’s, who was Jack Straus, played the game while he was on a vacation.

What is Scrabble Online?

In the modern age of technology that we currently live in, we have been granted access like never before. The internet has been a tool for many users to connect with one another. In the rise of the internet, online games have also entered the scene. This allows players to interact with one another despite being on separate locations based on real time.
It’s basically like having a friend to play the game with but not by physically touching some tiles and just through the screen on your mobile device or by some clicks on your mouse if you are playing through your personal computer. Anyone can play the game as long as they have a stable internet connection.

How to Play Scrabble Online

As mentioned a while ago, the participants must have a good connection to the internet in order to avoid disconnections as it would ruin the game. Now, you have to search of the scrabble game that you want to play by browsing through the Google PlayStore if you are on Android, the AppStore if you are on iOS, or the browser if you are on PC.
The game requires 2-4 individuals so once you open the game, you need to wait for a short while as the system will be redirecting you first to connect with other players that are also online. As the game is a bit time consuming, players are allowed to interact through means of chatting while the other player takes his or her turn to formulate their jumbled word from their available tiles.

What are the Rules in Scrabble?

There are certain rules that players have to follow and the first one is that, there has to be at least two players but no more than four. The ruling as to which player goes first is the one who has the closest letter to “A”. When the order of the turns is set, each of the players would draw six more tiles in the said order.
Each player has to lay down tiles on the board by connecting their words on the words of the others, resulting in some sort of big crossword puzzle. The tiles should only be placed from either top to bottom or from left to right. Players have to take note on the scores that they earn after each turn. The individual should draw the same number of tiles that he or she has used on the last turn. There should be seven tiles and the game will end when all of them would run out of tiles.

There is a seemingly endless list of games that you could find online. Having a lot of means of entertainment nowadays, everyone could play the game that they want with just a few clicks, downloads, and installations. However, not all games are educational so it would be best to work your mind out with games such as Scrabble so that you would grow your knowledge on words in the long run.

A slight difference is seen with scrabble games online because by playing the game physically, you would not rely on the computer or system’s data but on your own. For example, you are playing with another individual and then he or she will place a word that you are not familiar with. You can choose to challenge him or her by referring to the dictionary.
Although challenging the word would result into some technicalities because if you are right that the word does not exist, then the player who placed the word will lose a turn but if he or she is right that the word placed exists, then you will be the one who will lose a turn. Nevertheless, it is a fun and challenging game that everyone should enjoy on the comforts of their home.