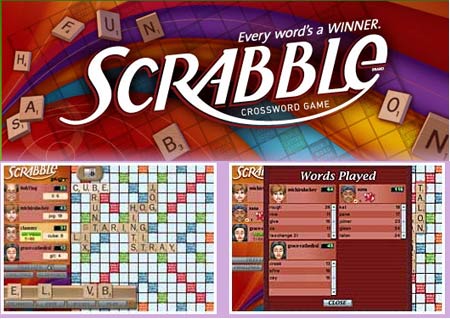 Scrabble, which is one of the board games played with more than one person like Monopoly, Jenga or Tabu, is unfortunately known to a few people in our country. This game, based on the principle of forming meaningful words by aligning the existing letters on a symmetrical game board in a certain direction, is able to provide a great benefit in terms of both developing the power of thinking and using the dictionary. Obviously, I wanted to play Scrabble for over a long time in more than thirty languages in over a hundred countries and even organized tournaments. I recently found the opportunity to try the game and I’m addicted to the game, if the phrase. Before I go to the question of how to play Scrabble, I’d like to give you some little information about the game.
History of Scrabble
American architect Alfred Mosher Butts develops a similar game he previously produced under the name “Lexico” and reveals the initial shape of Scrabble. In this prototype, as in the current version of the game, Butts gives “certain points” to the letters and provides cross-indexing. The inventor, who is in a shortage of livelihoods, meets the many companies with the purpose of making the game board and selling it after making the game board consisting of 15 to 15 squares more functional; but they cannot get a result and remain alone with a few sets of their own.
By 1948, James Brunot, a resident of Connecticut, had one of these limited-edition games and, in agreement with Butts, bought the copyrights of the game.

Brunot then develops the game further and adds new features to the game, such as giving more points to words with specific frames. It also replaces the name of the game with Scrabble, which is also the word ‘scribble’, ‘scratching’. In 1949, Brunot and his family produced a total of 2,400 sets of play, but they were highly harmful. After 3 years, Jack Straus, the owner of Macy’s stores, likes this game he plays during his journey and makes a lot of purchases, saying, “Everyone should get one!” is sold in stores. In the same year, Brunot transferred the rights of the game to a company called Selchow & Righter and in January 1955 the game was sold in England and Australia. After years of losses and bankruptcies, the game was introduced in 1984 in a program on the NBC channel and played on the same channel until 1990. In the meantime, the game has become the property of famous hobby products and toys firm Hasbro and from this date on, it will be played by millions of people in the country more and more.

How to Play It?

Parts included in the game set are:

The aim of the game, played by two, three or four people on a table of 15 to 15 equal squares, is to produce meaningful words by placing a letter on each square and to create other meaningful words that end with these words. First, each player chooses a letter from the bag to determine who will start the game first. According to the alphabetical order, the player who has the closest letter to the beginning or the empty stone will have the right to start the game first.

Beginning with the first player, everyone produces a word, respectively, and sets it to the table.
Each letter in the game has a point value, and the value of the letters (eg: a, e) that are used frequently is small, while the values of the words (eg: ç, ş) are rare. It is important to set up long words with letters that have a high score value and to match these words to special frames that fold the score on the table. If each word is completed with the letter of another word, the point value of the ending letter is added to the main score. When the stones in the bag and in the hands of the players are finished, the game ends and the player with the highest score becomes the winner.

1. One of the players is assigned to collect the points earned. This player calculates the score of each word produced and calculates the scores of the players in a table, including his / her own.
2. Players have the right to change the stones instead of producing words when it comes to them. The player who has changed his or her stone or stones must leave the other game and cannot place any word on the table until it comes back to him again. At the same time, each player has the right to change out of stone or to change the word.
3. The heads of the items to be used during the play and in a dictionary in which each player agrees is considered a meaningful word. If the word is listed here, the score is calculated, and the order passes to the other player. If the word is not included in the dictionary, the player has lost the right to be debated and the player has to hand over the order to the other player. Special names, attachments and abbreviations are not accepted.
4. The same word can be used more than once in the game, but all words must be arranged horizontally or vertically. In addition, if a letter is contacted with the letter of another word, the letters in contact should also produce meaningful words or be a meaningful part of that word.
5. Custom frames can only be used once. In other words, when calculating the point value of a new word that coincides with a word that corresponds to a word that corresponds to a frame or that includes letters in that word, the doubler is ignored the second time.
6. The player who creates a meaningful word by using all the stones in his / her table, earns extra 50 points and this score is added to the main collection after calculating the point values of the letters.

As a result, I would say that although the game is not known to most people, it is extremely fun. In my opinion, this game should be played and played by everyone. It should also be recommended in schools or other educational institutions and even tournaments should be held. You can play this game for hours together with your friends. I can guarantee that you will have a sweet competition in every game.